Crime scene cleaners come in handy for biohazard cleanup. Their services are tailor-made processes during tragic deaths, trauma, accidents, even murder, and suicide. Apart from the need for a strong stomach, professional biohazard cleaners must use equipment and standards according to OSHA’s guidelines. More so, the method of disposing of bodily fluids and waste must comply with the set rules.

Essential facts to know about local biohazard cleanup services are:

To offer local biohazard cleanup services, do not squander your money on worthless certificates. According to OSHA, concerned providers should follow the BBP – Blood-borne Pathogens – standard because of the series of exposures to blood on the job. Meanwhile, you can also expect on-the-job training from selected employers.

Bodily fluids and human blood have life-threatening potentials when they are in the environment for a few days. For instance, the hepatitis B virus has a survival date and infectious cycle that numbers up to two weeks. Therefore, biohazard materials containing such harmful blood pathogens must be thrashed according to approved federal and state laws.

No blood stain is minor

Local biohazard cleanup services must take into cognizance, the fact that blood stains, however minute, are harmful. Treating blood samples with caution is not too much to ask for since the long-term risks outweigh the extra care expected in the cleanup process. Blood on the carpet can seep into the basement and initiate a deadly cycle of contamination in that environment. Being friends or family with the deceased doesn’t affect the degree of caution you must take to promote a sanitary property.

Every 4 percent of 100 people, at a given time, either has hepatitis B, C, or HIV. The death of the host, however, does not interfere with the survival of the virus, as long as the environmental conditions are favorable. Whether by accident, splashes, inhalation, or direct contact, the blood-borne pathogens, when in contact with another host, are undesirable in the body.

At crime scenes, police officers have to gather evidence while waiting for local biohazard cleanup services to arrive. Why? Because the task of collecting blood samples and bodily fluids is so intricate and strictly reserved for the professionals. As soon as the police offers have enough critical evidence, the professional biohazard cleanup team begins the cleanup process.

The duty of a local biohazard cleaning company spans more areas than crime scenes. Their range of services is also applicable in the event of unattended deaths (homicide), suicide, and other tragedies that involve blood and bodily fluids.

The significant off-the-books point is that licensed biohazard cleanup companies should have more than one qualification – including trauma scene cleanup. Since the main aim of their services is to restore the plagued property to habitable condition, the company must comply with OSHA, PPE, and BBP guidelines at all times. 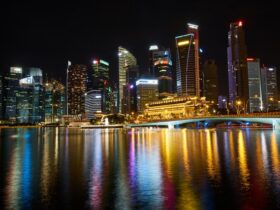 5 Restaurants Recommendation You Can Try While in Singapore

How to write a simple and good resume