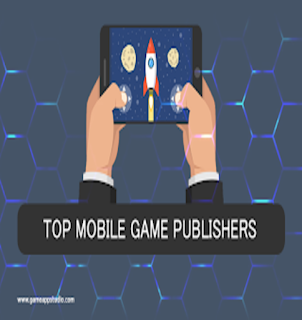 In this decade, with the growing advancements, the technological era had shown significant growth and development. When gaming is a center of attraction and admiration for millions around the globe, mobile gaming had been a market booster for the gaming industry.

Mobile game development is growing with a giant graph and had developed its success pattern already. But as much development is an important part of mobile gaming, publishing it plays a crucial role too. You may also go for publishing mobile games on the stores, but approaching and collaborating with some tech giant publishing companies could help you develop the market for the developed game in many unexpected ways.

SurveyMonkey Intelligence examined the app market data developing key metrics for the US smartphone market. There are various points to be kept in mind while approaching any publisher, and not just the profit shares!

Below is a comprehensive list of various agendas on the basis of which various publishers are ranked by SurveyMonkey intelligence.

·         Top list by Downloads: Each of the games in this category had released about 23 games on an average basis. Some of them have even released 33 to 48 games.

·         Top list by Revenue: After all, revenue generation is the superior concern of all. There are a few giants who dominate the list being the higher-capitalized ones.

·         Top list by users: The mobile games come in wide variety with every game having its own gigantic fan base. Though there are a few games that have conquered the whole market with billions of users across the globe. The publishers for such games have already made success trends and statistics.

·         Top list by engagement: The genre of the game and its category defines how engaging it would come up to be for its users. The gaming trends change every now and then, and this is very amazing how few of the publishers have still maintained their glory.

·         Top list by the number of games: There are a few publishers with the most number of titles under them.

The best out of the best!

There are several ways for contacting these publishers. It could be done via their emails or the forms available on their websites. Moreover, Email is what works for most!

Let us roll our eyes over the few top publishers of all and their details:

1.      Electronic Arts: This is an American video game company headquartered at Redwood City, California. Creativity and collaborations has been a booster for its market with about 5,000 to 10,000 employees in all. The top titles of them are SimCity Buildlt, the Sims, Plants vs. Zombies, and a few more.

2.      Activision: For around 35 years, they have been a trend changer across the gamers. They provide a great entertainment experience with their blockbuster titles like Call of Duty, Destiny, Heroes of Warcraft, and many more. They provide world-class business processes and exciting features.

The company provides ways for contacting:

3.      Rovio: Angry Birds…You know it, Right? Well, this is the publishing company for the golden application. This not so old company has been a great power and a successful company among these times, with its wide range of entertainment qualities.

4.      Gameloft: Asphalt, UNO & Friends, and many other hits are published by Gameloft.  These games provide awesome user experiences turning our virtual lives to real ones.

5.      Ketchapp: There are a few great publishes from this company like Knife Hit and Ballz which are hyper-casual games. This is a new company, yet it had managed to be in the top category of the game publisher. It also enhances knowledge, skill, and creativity.

The company could be contacted by developer@ketchappgames.com

6.      Miniclip: This publisher had released many blockbusters like 8ball pool, soccer stars. This company is a global leader in various gaming trends, mostly the multiplayer ones. This had been an internationally recognized brand!

gamedev@miniclip.com is the email-id for Miniclip.

7.      Big Fish Games: Since 2002, the company had been a market booster in the gaming industry. It had provided an exciting range of gameplay with its releases.

8.      Disney: Walt Disney Company has a subsidiary organization Disney Mobile for game designing, development, and publishing. There are great applications published by the company like Where’s My Water?, Star Wars, etc.

The company can be contacted by help@disney.co.uk.

9.      Storm8 Studios: This Company is a network of gameplay and discoveries. Diamond Quest, Bakery Story is some of its prominent releases. The company has around 201-500 employees too.

We can contact the Company in the following ways:

10.  Headup Games: This game publisher provides independent gaming sector games. It had released about 100 titles since 2009 with the best ones being Dead Age, Bridge Constructor, etc.

There is a wide range of game publishers and developers. You yourself can be a publisher for your content too. But, what matters with publishing is that the content should be able to draw attention towards itself and be a growing trend. Powered by facts-news.net

With Product You Purchase

Why online learning games for kids are a great way to build their skills?

The Best Flooring For Home Gym